Bong Joon-ho, winner of the awards for best original screenplay, best international feature film, best directing, and best picture for "Parasite," attends the Governors Ball after the Oscars on Sunday, Feb. 9, 2020, at the Dolby Theatre in Los Angeles.

outh Korean social satire "Parasite" won the Oscar for best picture on Sunday, making history as the first film not in the English language to win the movie industry's highest honor.

"Parasite," about the gap between rich and poor in modern Seoul, won a total of four Oscars, including best director and screenplay for Bong Joon Ho and best international feature.

Joaquin Phoenix won his first Oscar, for best actor, for playing a failing clown who finds fame in violence in the dark comic-book tale "Joker," and gave an impassioned speech about climate change and animal rights.

Renee Zellweger won the best actress Oscar for her performance as an ageing Judy Garland in the musical biopic "Judy."

Here is a full list of winners and nominations.

Winner and nominations in full 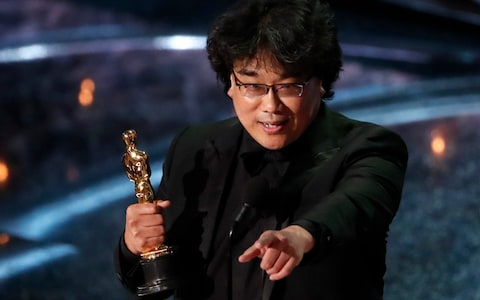 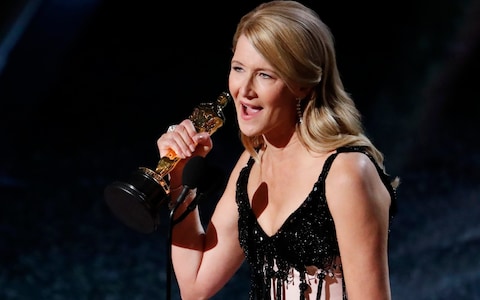 Winner: Brad Pitt, Once Upon a Time in Hollywood

Knives Out
Marriage Story
1917
Once Upon a Time in Hollywood

Once upon a Time... in Hollywood

Star Wars: The Rise of Skywalker

The Irishman
Jojo Rabbit
Joker
Once Upon a Time in Hollywood

WINNER: Learning to Skateboard in a Warzone

WINNER: American Factory
The Cave
The Edge of Democracy
For Sama
Honeyland

WINNER: Once Upon a Time in Hollywood

The Irishman
Joker
The Lighthouse
Once Upon a Time in Hollywood

Achievements in Make-up and Hairstyling

How to Train Your Dragon: The Hidden World
I Lost My Body
Klaus
Missing Link

I Can't Let You Throw Yourself Away, Toy Story
I’m Standing With You, Breakthrough
Into the Unknown, Frozen II
Stand Up, Harriet

PM Boyko Borissov: It's time for their smiles and my decisions

Hotels in Albena resort close because of lack tourists

Prime Minister Borissov: Elections determine who is in power

Eurostat: Bulgaria - One of the Countries with the Highest Recycling Rate of Plastic Packaging Waste

Michel Barnier: Brexit without a Deal Is still Possible

BNR: Bulgaria and Croatia Disappointed with Delay of Accession Talks with Skopje and Tirana